Jawaharlal Nehru was born in a red light area of Allahabad

While Wikipedia confirms Jawaharlal Nehru was not born in Anand Bhavan (now Swaraj Bhavan), it doesn’t give us the exact location of his birth place in Allahabad. This shh shh, keep it a secret thing has given rise to many story and one out of many is that, he was born in a red light area where Moti Lal Nehru was living with his second wife Swaruprani Thussu. It is said that Jawaharlal was born to Swaruprani in a brothel house in the Mir Ganj district of Allahabhad. Anand Bhavan back then was Ishrat Manzil (Pleasure House in Persian lingo) and not owned by Motilal but by Mobarak Ali, his boss. Later Motilal bought Ishrat Manzil and changed its name to Anand Bhavan. Since there is no photograph or memories of Jawaharlal of his first eight years, this controversial talks about India’s first prime minister is considered as a fact among many groups, both in India and abroad.

Now, this one is an interesting tale. Once when Swaruprani was pregnant, the couple decided to take a holy dip in the Ganges. During this time, a monk saw the couple with great rage. When Motilal approached the monk, he said the child in the womb is a demon and if he is allowed to be born, he will disastrous to the country. He told Motilal that he should get away with the child even if that requires giving poison (zeher) to his wife. Now, Swarup who was standing at a near distance, although could not hear the whole conversation, did hear the term “zeher”. When she asked her husband why was the monk talking about zeher. He lied his wife by saying – “The monk was not talking about zeher but jawahar (Hindi meaning – jewel). He wants our son to be named as Jawahar. This is how, our Prime Minister got his name according to the gossips.

Jawaharlal Nehru and Lady Mountbatten were Lovers & even shared a relationship

Jawaharlal Nehru became a widower at a very early age. This is a known fact and it is also known that Edwina Mountbatten, the wife of the last Viceroy shared a platonic friendship (which is confirmed by Edwina’s daughter Pamela Hicks in her book Daughter of Empire) with him. However, controversial talks says that the relationship was beyond the so called “platonic relationship. Once, in London, Jawaharlal was even snapped by the media lenses when he was seen outside the Mountbatten mansion in the early wee hours. It is not hidden from the world that both Nehru and Edwina Mountbatten also shared letters. Some of the love letters came out in public too. In addition, their love was so timeless that no matter where in world Nehru go he brought her priceless gifts from everywhere.

There is another tale that even Jinnah was smitten by Edwina’s beauty and it was a love triangle – Nehru-Edwina-Jinnah. However, that is again a long story which I will focus separately in the future.

Its it rumoured that there were others who had caught his eye and many clandestine affairs followed. 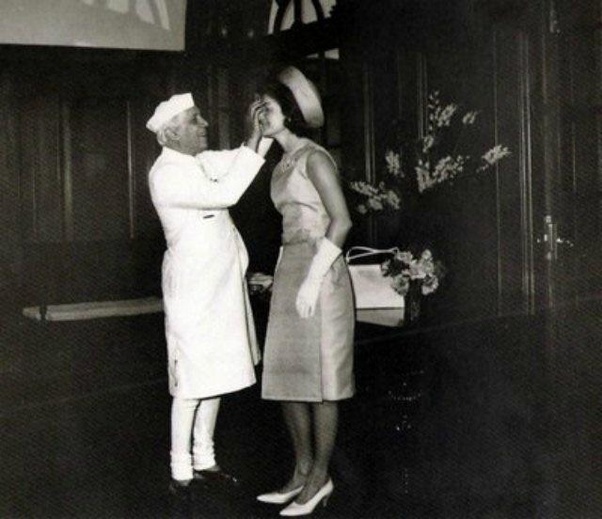 Interim Budget 2019-20 has done much towards the mission to protect...

The Pride Origin History:- The Swadesi Movement Was Donated By Panjab...