“This has to stop” – this is what a photographer had to say after capturing shocking images of a blanket of plastic waste engulfing large sections of the sea near an idyllic Caribbean island.

Underwater photographer Caroline Power made the jaw-dropping discovery in the Caribbean Sea near the island of Roatan, off the northern coast of Honduras. The horrifying photographs showcasing the “sea of plastic and styrofoam” were posted to social media and have now been shared thousands of times.

“Think about your daily lives. How did you take your food to go last time you ate out? How was your last street food served?

“Chances are it was styrofoam and served with a plastic fork and then put in a plastic bag.”

She called for people to ditch plastic bags, bottles and food packaging. 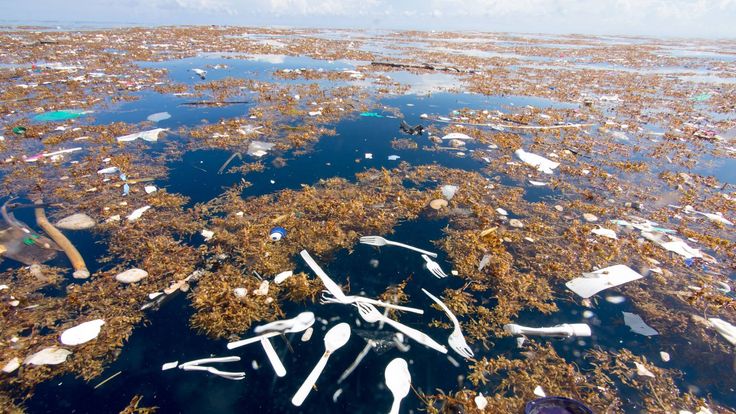 Ms Power, a supporter of coral reef conservation group Roatan Marine Park, wrote: “I challenge every person and every business to keep your trash for one week.

“Separate your organic and recyclables and keep everything else for one week. You will be disgusted how many single use items you use.”

The passionate campaigner asked: “Do you really need that plastic fork with your street food or take away container?”

The Blue Planet Society, which campaigns against exploitation of the world’s oceans, called the discovery “unbelievable”.

It said on Facebook: “We see a lot of shocking images of environmental destruction. This is right up there with the worst.” The group said the pollution seen appeared to originate from the Motagua River in nearby Guatemala and that it had been an issue for “some time”.

“As with oil spills, there should be a system in place for a rapid response clean-up for trash ‘slicks’ like the one off Roatan,” it said.

One year of GST: Here’s What expert Thinks About The Landmark...

Fake News & Rumors After Pulwama Attack, Were You Also Fooled?

Personal And Professional Life Of Mohammed Rafi Was Full Of Controversies!

10 Disgust Fact about Fascism: what was it that changed the...