The festival of lights is the main reasons of worshipping Goddess Lakshmi. The lights mean the celebration of Diwali. The shining and singing of Diwali song determine the values and respect to goddess Lakshmi. Every person worships goddess Lakshmi as the goddess of wealth to become wealthy and prosperous. man have several wishes to come in experience but due to the uncounted number of problems arises in the way of walking.

Celebration in Diwali makes the festival of lights more colorful and makes the goddess Lakshmi very happy. Love and light are spread everywhere in the air and in the heart of every person. They all celebrate Diwali with lots of happiness and management which increase the value of Diwali and worshipping of goddess Lakshmi. People have plans primely what to do, how to celebrate and what should be made preparations.

Here are some reason and story for thy the goddess Lakshmi is worshiped in Diwali :

This festival also marks the birthday of a goddess of wealth. It is so celebrated every year. On this very Diwali day, the Goddess of wealth, Lakshmi is said to have been incarnated from the depth of the bottomless ocean. The Hindu scriptures tell us that both Devas (gods) and Asuras (demons) were mortal (Mrita) at one point in time. Seeking a deathless condition (Amarattva), they churned the ocean to seek Amrita, the nectar of immortality (an event mentioned in the Hindu scriptures as “Samudra-Manthan”), during which a host of divine celestial objects came up.

Prime among these was Goddess Lakshmi, the daughter of the king of the milky ocean, who arose on the new moon day (amaavasyaa) of the Kartik month. She was subsequently married to Lord Vishnu on the same darkest night of the year and brilliant lamps were illuminated and placed in rows to mark this holy occasion. On the marriage, there burns different lights and determines as the Diwali. people celebrate Diwali with lots of love and respect. Hence its also the reasons to celebrate Diwali. 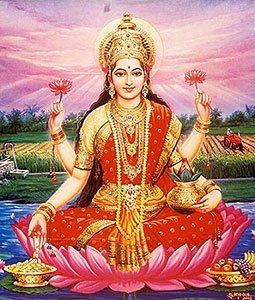 2. Ram gets victory over Lanka and Ravan:

This story touches the place and kingdom of Ayodhya, where the god Vishnu comes in the figures if a man as ram, the elder son of king dashrath. King dashrath was not getting the sons .so he decided to organize the great yagya with the advice of sants and people. And then after king dashrath gets four sons named as eldest Rama, Bharat, Lakshman, and satrudhan. It’s the truth and the story of dashrath elder son king of Ayodhya Rama, who was also called the’’mrayadaprusottam ‘’. He was the beloved of and very respectable king of Ayodhya. The respects him as the figures of god and is true also that he borns as the form in man but he is the god. The life ram was full of the thorns due to not having the king happiness.

everybody knows and celebrates a new year in first January but it is the belief that Hindu new year stars from Diwali. People with love, they celebrate Diwali with great happiness and-and start their life by new hopes and happiness. People wants to achieve always big but they don’t want to struggle. They forget that no one reaches the peak without falling. Trying should never be quiet, it should always in continuing for.

The process of continuity makes the hole even in stone that we can see in the spring falling from the above. the daily process of doing works guarantee the success because of there no any war and obstacles which can’t be defeated after fighting continuously. so I think its right time for taking commitment to be the successful person. and also take the commitment for not hurting the others heart wordlessly. hurting others become problems for achieving the oriented goal. The grace helps us to ride and reach the peak of success faster.

You Will Laugh At This Step Of Pakistan Film Industry Against...

Top 10 Blockbusters Of Bollywood That Were Remakes From South India

The Village In UP, Named “POK”:- The Story Behind The Name...

Top 5 Women Entrepreneurs Of India That Can Makes A Difference!

From Where Did “We Wish You a Merry Christmas” Song Come...

8 Countries Celebrate Diwali Just Like We In India Do!