There is a reason that Diwali or Deepawali is the most popular Indian festival. The scintillating festival stretches beyond cultures and religions, embracing and enveloping all. From detailed, long poojas for the religion enthusiasts to the night long card parties and haute Diwali do’s for the younger, chic lot, from ebullient, fiery crackers for jumpy, juvenile ones to the lovely, colourful earthen lamps and lanterns and fine rangolis for the creative ones – the festival of Diwalu has something for everyone.

And, not to forget the fact that this is rarely a day long festival – the festival actually stretches for almost the whole week, with festivities lasting for 5 days and the after-effects a few days here and there.

Here is a list of all the 5 days of Diwali, with their names, religious significance and forms in different parts of India. Read on!

The festivities officially begins on the first day, which is known as Dhanteras. This day is solely dedicated to the worship and celebration of the goddess of wealth, goddess Lakshmi. People consider this day very auspicious (shubh) and buy something precious–specifically gold, silver, gemstones, new utensils and clothes. In the evening, earthen lamps are lit outside the houses to welcome the goddess. The day between Dhanteras and Diwali is celebrated as Chhoti Diwali. It is also known is Naraka Chaturdasi and Roop Chaturdashi.  With the festival of lights being just a day away, the streets and homes are already seen twinkling with fairy lights in a display of grandeur. According to Hindu mythology, on this day, Lord Krishna had defeated a demon king, Narakasur, who was the ruler of Pragjoytoshpur and had imprisoned 16,000 daughters of gods.

Lord Krishna destroyed the demon king, freed all the captive princesses and returned home victorious, and thus this day is commemorated to mark his triumph over the devil.

The third day is the day of the main festival, Diwali. Goddess Lakshmi and Lord Ganesha are worshipped in the evening during a subh muhrut (auspicious time), and proper aartis and bhajans are recited. It is believed that goddess Lakshmi enters homes and blesses devotees with good fortune and wealth on this day. People light diyas and candles and decorate their homes with fairy lights. After worshipping the gods, people visit their neighbours and relatives to exchange sweets and gifts. 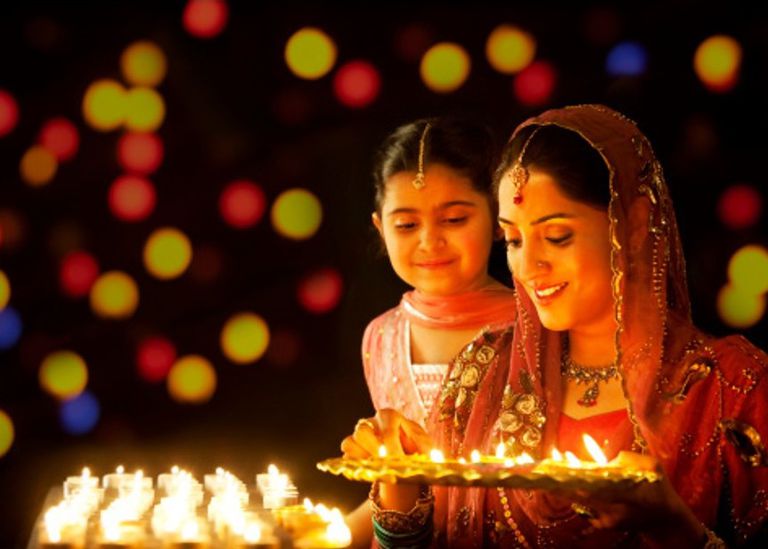 The fifth and last day of the festivities is the Rakhsabandhan-equivalent for sisters, and is known as Bhai Dooj. On this day, brothers visit their sisters and perform a ’tilak‘ ceremony. In this ceremony, a ‘teeka’ of rice and vermilion is applied on the brother’s forehead, which is followed by aarti. Sisters pray for their brother’s long lives while they promise to protect their sisters. 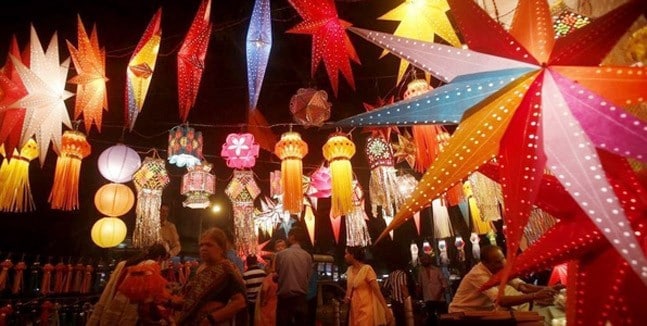 Bhai Dooj marks the end of the celebration of pure joy, radiance and lights–a festival that is celebrated with huge pomp and show across India.

Effective Tips & Home Remedies To Get Rid Of A Dark...

CWG Scam: How It Attracted International Media & Put India To...

What historical connection is there between firecrackers and Diwali?

This village does not celebrate Dusshera, Here the Reason