Controversy makes politics in Uttar Pradesh: a uncle and a nephew at war, politicians abusing each other and alleged attempts to divide people made headlines as the state prepared for elections.

Here are five controversies that made headlines: 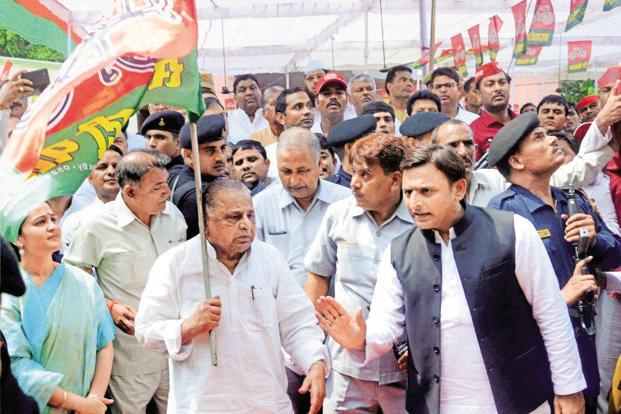 The tussle for power in the first family of Uttar Pradesh surpassed all controversies in the poll-bound state in terms of its duration, intensity, and outcome. The feud came out in the open on August 14 last year when in Mainpuri Shivpal Yadav threatened to quituclaiming “conspiracy” against him.

Next day in Lucknow, Mulayam took Shivpal’s side and warned Akhilesh Yadav that the party will split if Shivpal quits. Thereafter, there was no stopping the feud that saw tit-for-tat sackings from the party organisation and the government. Mulayam sacked Akhilesh from the state presidentship and installed Shivpal on the post. Akhilesh then sacked Shivpal and several other ministers from his cabinet. There were open rebellion, street protests and brawls.

Eventually, Akhilesh backed by his other uncle – Ramgopal Yadav – took control of the partyon January 1 this year. Akhilesh was declared the national president, Shivpal was sacked from the state presidentship, Amar Singh was expelled from the party, and the chief minister distributed party tickets according to his wishes. The feud had the long and dark shadow on the poll campaign of the party – Mulayam barely campaigned, Shivpal campaigned only for himself. 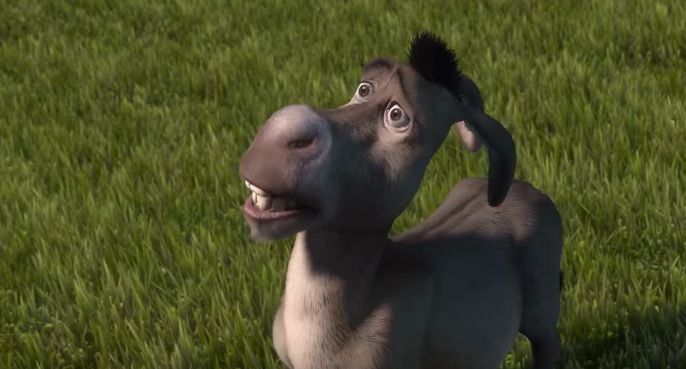 Chief minister Akhilesh Yadav courted controversy when he asked actor Amitabh Bachchan not to advertise for the donkeys of Gujarat. “I urge the biggest star of the century to stop endorsing the donkeys of Gujarat,” Akhilesh said while addressing a rally in Rae Bareli. He was referring to an ad in which Bachchan promotes tourism in Gujarat, PM Narendra Modi’s home state.

“We are in shock. Donkeys are as important for our livelihood as cows are for Yadavs. The CM should consider sentiments of the Prajapati community and take back his statement,” said president of ‘Prajapati Samaj Sangharsh Samiti’, Rajan Singh.

Modi hit back at Akhilesh soon. “I can work like a donkey for the nation. Akhilesh is afraid of donkeys of Gujarat as donkeys are loyal to their masters … Akhilesh should know when Congress was in power as part of the UPA, it came out with postal stamps on donkeys of Gujarat,” the PM said.

The Ansari brothers–famous for their family’s contribution in India’s freedom movement and infamous for Mukhtar Ansari’s tryst with crime–followed Mayawati’s household rules, walking barefoot at her home in Lucknow when they merged their with the BSP on January 26. Mayawati reportedly was wearing slippers.

Fearing that the issue might anger the Muslim community, Mayawati gave a clarification.

“My official residence – 13, Mall Avenue – is also a memorial constructed to commemorate the contribution of BSP founder Kansi Ram. It’s a sacred place revered by Dalits and followers of Kanshi Ram. During the programmes organised by the BSP, people visit here to pay obeisance to the Dalit icon. They walk barefoot inside the memorial and it has been mandatory for all the visitors that they will not enter with shoes. I have different sets of sandals for outside visits as well as for indoor. I do not enter my residence with the sandals that are for outside visits.”

BJP leader Adityanath triggered a controversy by calling upon people to vote for the BJP candidate if they don’t want western UP to become another Kashmir in the country. Addressing a rally in Hapur’s Dholana constituency on January 30, Adityanath covertly raised the issue of Hindu exodus and said it was unfortunate that people have become refugees in their own homes.

Another controversial BJP leader, Sangeet Som, ruffled feathers by screening a 20-minute CD that had video clippings of his speeches about the Muzaffarnagar riots, the lynching of a Muslim man in Bisada village in Dadri, and other events. The district administration confiscated the CD and lodged a case against Som on charges of violation of model code of conduct and spreading hatred among people. PM Modi sparked a row by drawing a parallel between Hindu and Muslim festivals and accusing the administrationof practising discrimination on the basis of religion. “If you create a ‘kabristaan’ (graveyard) in a village, then a ‘smashan’ (cremation ground) should also be created. If electricity is given uninterrupted during Ramzan, then it should be supplied without a break even on Diwali. Bhedbhaav nahin hona chahiye (there should be no discrimination,” Modi said while addressing a rally in Fatehpur in an apparent attempt to play the Hindutva card.

Congress vice-president Rahul Gandhi was quick to react to Modi’s comment, saying the divisive remarks betrayed the BJP leader’s sense of “apprehension and jitter.” “In an election, people are free to vote for anyone of their choice. But they must remain guarded against any attempt to spread hatred and create division in the society,” Gandhi said while addressing a rally in an assembly segment of Amethi.

India’s educated states could not do the magic, which Naxalbari did

13 Amazing Health Benefits Of Forgiving Others: Forgive and forget, it...

These articles of Indian Constitution Provide us real freedom!