He adopted their village, represents them in the Lok Sabha after they broke tradition to vote for him, but Union minister Mahesh Sharma is now strictly persona non grata in Kachera with slogans and posters making it abundantly clear he’s not welcome any more.

The protests, which started following a standoff with a realty group and spilled into anguish over the lack of development in their area, have been going on for the last six months come rain, winter or summer and show no signs of abating. In October 2018, violent protests in Kachera village in western Uttar Pradesh’s Gautam Buddh Nagar area bordering the national capital led to 86 locals being arrested after a standoff with a realty group.

The demonstrations since have been constant with about two dozen men and women, young and old, intermittently raising slogans against their Lok Sabha MP.

A poster declaring “Kachera Varsabad, Mahesh Sharma ke god liye gaon mein BJP walon ka aana sakhta mana hai” (This is Kachera. The BJP’s people are not allowed in this village adopted by Mahesh Sharma) is hung on a wall near their protest site and similar signages are seen at various entry points of the village.

But the anger is directed primarily against Sharma, who they blame not just for the realty group reneging on its promises but also for the many ills that hinder their development.

Slogans like “Modi tujhse bair nahi, Mahesh Sharma ki khair nahi” (Modi, we are not against you, but Mahesh Sharma will not be spared) can be heard every now and then.

In 2014, Kachera, which has around 4,500 votes, broke away from tradition in the Nagar community dominated region with 27 villages and voted for Sharma, a Brahmin. In 2009, Surendra Nagar of the BSP was voted to the Lok Sabha from the Gautam Buddh Nagar constituency.

Faced with the continuing anger against him, Sharma said the agitation in the village was due to political reasons.

Development has been slow there but still a lot of work has been done, Sharma told PTI.

Locals said they had sold their land to a private developer in 2010 and were given monetary compensation. They were also promised roads, drinking water, healthcare facilities, community centres, a degree college, a sports ground and improved facilities crematorium.

However, the only thing the developer did was build concrete roads. And this, too, was improperly done with roads in the interiors of the village getting clogged during rains, said Dharampal Singh, a retired school teacher. For a village adopted by an MP, a lot more development could have been done. Roads have been made by the developer. The government has provided power connections, but the bill that would earlier be Rs 400 has now soared to Rs 1,000 a month, the 70-year-old told PTI.

Sharma ji has visited this village only once so far, he added.

Bhupendra Nagar, 27, alleged that on October 26, 2018 the administration, in cahoots with the private developer, destroyed standing crops, When the locals resisted, they were beaten and 86 of them arrested.

That day, some people from the village reached out to Mahesh Sharma ji apprising him of the situation and he assured getting them released in a day Our people were in jail for 13 days, he said.

The villagers said they are still hurting from that injustice.

Narendra Nagar, 22, and Rakam Singh, 55, who were among those jailed said a wrong had been done and not enough was being done to right it.

I was in jail for 13 days for no wrong and released only after furnishing a bond, said an angry Narendra Nagar.

Those arrested were released late in the intervening night of November 7 and 8. It was Diwali and diyas were lit only when they returned home around 2 am.

Among those arrested were at least three local BJP workers who have now severed ties with the party. 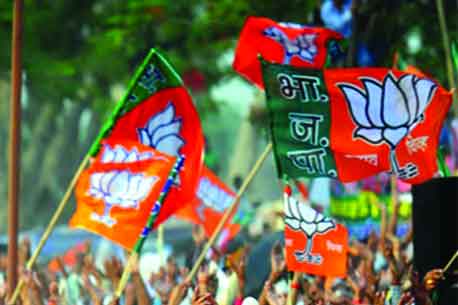 I was beaten up and jailed for speaking up for fellow villagers whose crops were being destroyed. I told the policemen that we are BJP workers, but they said nobody would be spared, claimed Kuldeep Nagar, 28, a former ABVP leader.

According to Sharma, the protests are not against him but against the state government and the administration.

The people are not against the village being adopted, they are against state government and administration over compensation. They are not against me. I have tried to tell them that work is being done. The ills are a carry forward from the previous governments and being resolved, the MP said.

An aide added Sharma has been to 32 countries and been on a whirlwind tour of the country as Union culture minister and expecting him to reach all 1,186 villages in the constituency was unfair.

According to District Magistrate Brajesh Narain Singh, farmers sold their land through a sale deed directly to the developer under a PPP scheme in 2010 and received the price for it.

“Several rounds of discussion have taken place. Any solution has to be found out within the framework of the law,” Singh said, adding that the dispute over compensation was taken to the high court and even the Supreme Court.

The villagers said their woes are virtually endless.

Employment has become a problem with private companies not recruiting any youth and cattle rearing no longer an option due to lack of fodder without any land. 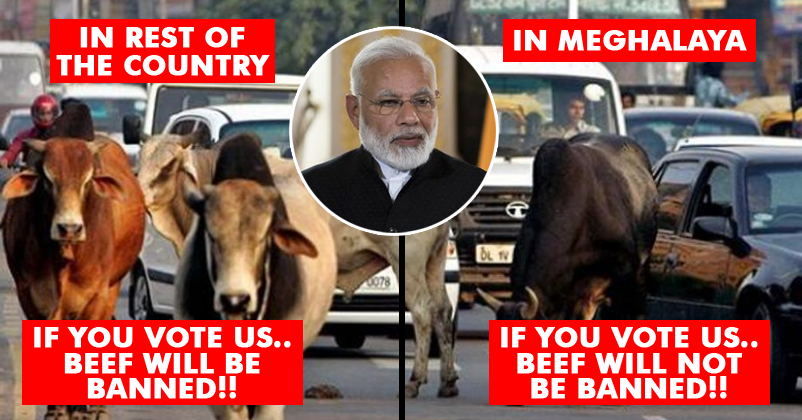 Anybody with the surname of Bhati or Nagar is sure not to get a job in these companies. Our reputation has worsened and there is no support from leaders., an elderly villager said.

Spread across Dadri, Jewar, Noida, Khurja and Sikandrabad assembly segments, Gautam Buddh Nagar, with nearly 23 lakh voters, goes to polls on April 11 in the first leg of the seven-phased elections.

Happy b’day Yusuf Pathan. Here are 7 amazing facts about him.

Draupadi Is Being Ripped Off Before You, Mythology in Elections?

A Message From Wonder Women To All Ladies- “Get Out Of...

Bharat Ratna Award:- Here Is Everything That You Need To Know

Narendra Modi: Committed to fulfilling the dreams and aspirations of the...