Taking his verbal duel with Goa Congress chief Girish Chodankar, Chief Minister Manohar Parrikar responded to the “pahle hosh, baad mein josh” (first come to senses then show spirit) jibe of the opposition party saying he is “fully in hosh” while presenting the state budget in the assembly on Wednesday in Panaji.

Reading his budget speech in feeble voice with tube in his nose, Parrikar said, “Today, once again I promise that I will serve Goa with sincerity, integrity, and dedication until my last breath. There is a josh, that is too high and I’m fully in hosh.” Parrikar has been unwell for several months.

This came in apparent response to Chodankar’s remark made on Monday when the Congress leader said the Goa administration has “collapsed” as the debt is mounting on the state government. Chodankar had made the comment as he took a dig at Parrikar, who at a public event in Goa had used the popular dialogue from recently released Hindi film, ‘Uri, The Surgical Strike’.

“How’s the josh,” Parrikar had asked the gathering at the inauguration of Atal Setu over the Mandovi river in Panaji. The bridge was inaugurated by Union transport minister Nitin Gadkari. Pariikar was the defence minister when the special commandos of the Indian Army carried out surgical strike across the Line of Control (LoC) in response to terror attack at the army base at Uri in 2016. 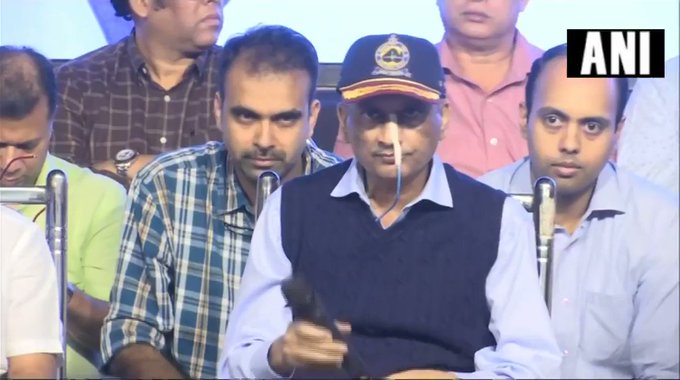 Retorting to Parrikar’s remark, Chodankar said, “Pehle hosh me aao, baad me josh ki baat karo (first come to your senses and then talk about josh). Everyone is sleeping in the state. The ministers are sleeping and hence, the administration has collapsed.”

“How will you see the josh among people? Just inauguration of the bridge is not enough to bring josh. The government should first come to its senses,” he added. Parrikar responded to him during his budget speech in the Goa assembly.

The chief minister, who didn’t present a full fledged budget and offered no new tax proposals or schemes, said, “Both Goa and Goenkarponn (Goanness) have given me a lot of love affection praise honour and of course the countless blessings.”

Last year too, Parrikar did not present a full fledged budget but made it a point to return from Mumbai’s Lilavati Hospital where he was admitted in February last year.

Parrikar said the thrust of his government “will continue to be on agriculture, health, education, information technology, employment, infrastructure and overall sustainable economic development.”

4 best biopics of bollywood in 2018 that can surely inspire...

Sweta Mangal- The women who works efficiently for Medical And Educational...

15 super Amazing Facts About Gulzar Sahab That Very Few Of...

You Think You Know Everything About The Universe? Think Again

Why These 5 Million Women Strike In Spain? The Reason Will...

A Hindu can never be a terrorist?