As a student of post-graduation, Kavita Singh appeared for an unusual interview, not for a job but to get married to a muscleman and ultimately secure the ticket to a Bihar Assembly bypoll. 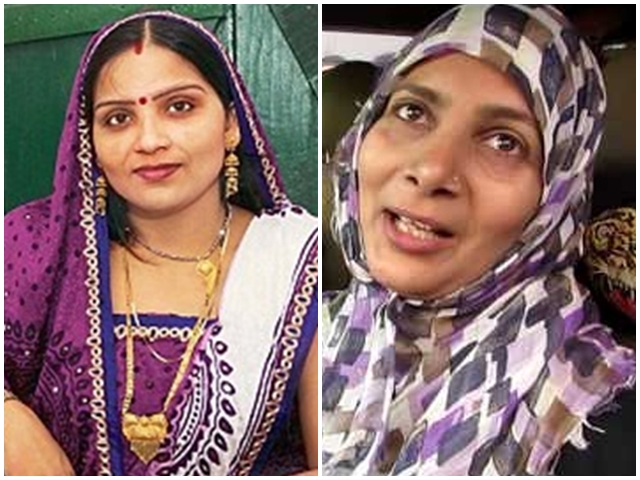 She was among 16 aspirants who had responded to a matrimonial advertisement with weird clauses — the bride’s name should be on the voter list, she should possess voter identity card, should be at least 25 years old and preferably from a political family background.

After thorough screening, Kavita Singh, a student of JP University in Chhapra, was selected to marry Ajay Singh, a muscleman facing nearly 30 cases of murder, kidnapping and extortion. In a short while, Kavita’s marriage with Ajay was solemnised in front of family, friends and relatives even though it was pitripaksh season, considered by Hindus to be an inauspicious period. 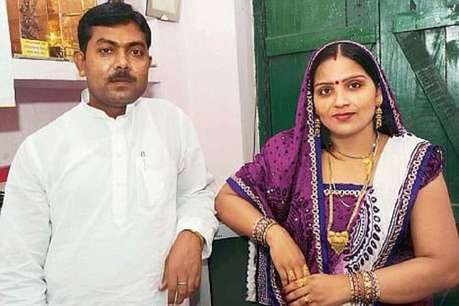 Eventually, she was given JD(U) ticket by Nitish Kumar for Daroundha Assembly seat, which had fallen vacant after the death of her mother-in-law, Jagmato Devi. She won with substantial number of votes and became the youngest member of the Bihar Assembly in 2011. She won again in the 2015 Assembly polls.

In the backdrop is a strange saga of nexus between crime and politics. After Jagmato’s death, her only son, Ajay Singh, had approached Nitish Kumar for a party ticket to contest the bypolls. But he was denied party nomination owing to his criminal antecedents. 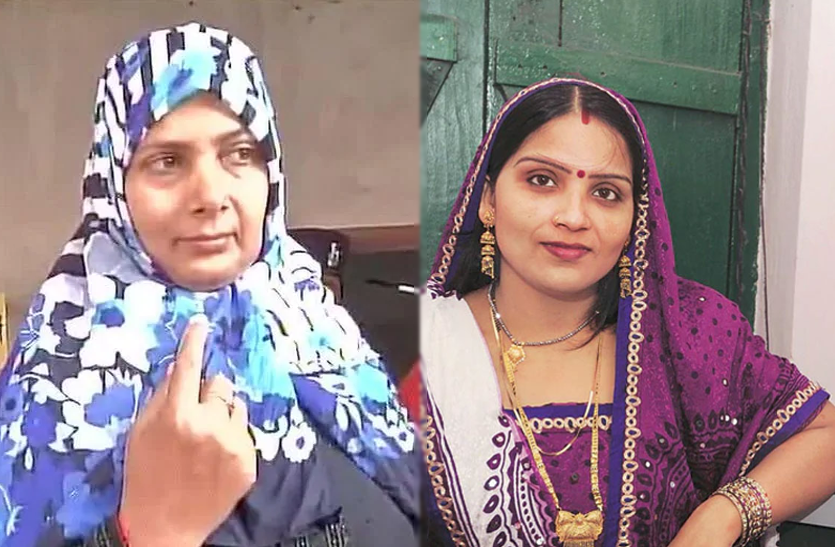 Nitish Kumar, however, had a piece of advice for him — get married before the bypoll and field his wife in the poll arena. To keep the seat in the family, he obeyed the JD(U) chief’s directive. “Bihar ke raja ne kaha shaadi kar lo toh ticket denge,” Ajay had then said.

But the search for a suitable bride was proving to be tough due to the pitripaksh season and no Rajput family was willing to offer their daughter to marry a don involved in so many criminal cases. As last resort, Ajay Singh floated an advertisement in newspapers seeking a bride.

This is how the political journey of Kavita Singh began. With two successive wins in the Assembly elections and the backing of her heavyweight husband, Kavita is now pitted against Hena Shahab, the wife of don-turned-politician Mohammad Shahabuddin. As the seat went to the JD(U) as per the NDA’s seat-sharing formula, Kavita has been nominated as party candidate from Siwan Lok Sabha constituency.

In the given backdrop, Siwan is poised to witness a fierce electoral battle between the spouses of two dons — Mohammad Shahabuddin and Ajay Singh, who have been fighting with each other for supremacy for the past few decades. By a quirk of fate, both the candidates, homemakers till recently, have been forced to carry the political batons of their husbands in the electoral arena.

Siwan’s claim to fame during the early days of India’s independence was being the birthplace of the first President of India, Dr Rajendra Prasad. Till 1990, it was also known for being the native place of veteran conman Natwarlal. However, since 1990 it has been identified with the infamous Mohammad Shahabuddin, who represented the constituency thrice in Lok Sabha till he was debarred from contesting elections in 2009.

Though nomination formalities will begin mid-April, electioneering is picking up and battle lines have been drawn between two bitter rival dons. Shahabuddin, who has ruled Siwan, directly and indirectly, for nearly 30 years, has been challenged by Ajay Singh. Both of them have been a nightmare for the local and state administration for their alleged unlawful activities. It is also feared that the run-up to the elections may witness violent clashes between their supporters. Hena, a graduate from Siwan’s Vidya Bhawan Mahila Mahavidyalaya, was first fielded by RJD president Lalu Prasad in 2009 and again in 2014. In both these polls, she was defeated by Om Prakash Yadav, first as Independent and later as BJP nominee. While Hena is trying her luck the third time, this will be the first brush with Lok Sabha election for Kavita Singh.

Shahabuddin, who is lodged in Tihar jail in connection with several criminal cases, became an MLA in 1990 as an Independent candidate at an early age. With Lalu in power and governance at nadir, Shahabuddin created his own empire in the region by running his court to settle disputes, fixed fees and timings for doctors and also opened educational institutions. He is MA in Political Science and is registered for PhD from BRA University, Muzaffarpur. 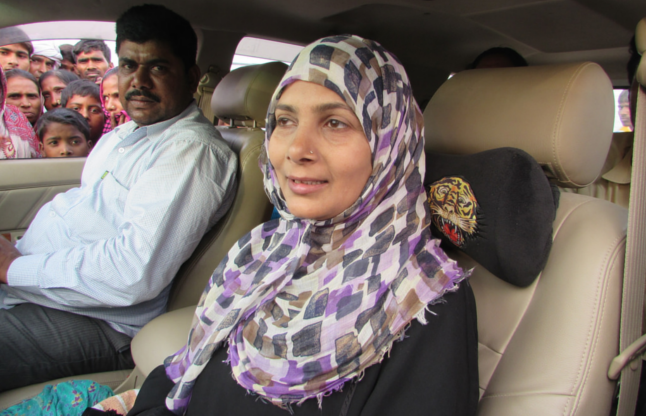 His name had figured in the high-profile murder case of Chandrashekhar, the former president of Jawaharlal Nehru University student union. He, however, has denied this allegation outright, claiming that Chandrashekhar was his friend. Shahabuddin dealt sternly with the CPI-ML, BJP and activists associated with people’s movements.

His clout started waning after Nitish Kumar became the chief minister in 2005. In 2007, Shahabuddin was convicted in the Chhote Lal Gupta case and awarded life imprisonment. Shahabuddin’s decline coincided with the rise of the BJP in this region. The NDA won all eight Assembly seats — five BJP and three JD(U). In the Lok Sabha polls, BJP’s Om Prakash Yadav defeated Hena Shahab by more than 1 lakh votes.

This is among few Lok Sabha constituencies in Bihar, where the Muslim-Yadav combination nurtured assiduously by Lalu Prasad Yadav, goes for a toss. Majority of the Yadavs throw their weight behind CPI-ML and the BJP.

After the killing of his relatives, Ajay Singh is alleged to have entered the crime world with Shahabuddin, whose influence in the region grew phenomenally. But he reportedly deserted Shahabuddin to form his own gang. 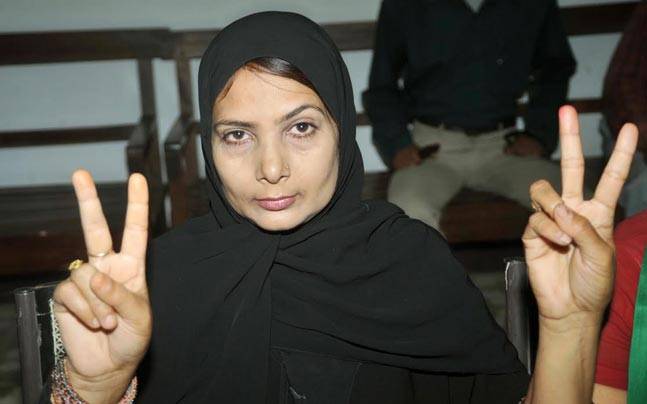 Ajay was accused of killing the Station House Officer (SHO) of Chainpur, BK Yadav, in 2002, but rose to notoriety after the killing of Riyazuddin, Shahabuddin’s alleged the sharpshooter, at his village Nandmura, and another person in Siwan in 2004. He is also accused of killing RJD leader Bablu Yadav. His father Maleshwar Singh was killed by a criminal due to political rivalry, forcing his mother to contest from Darounda Assembly seat.

Between 2002 and 2007, Ajay Singh became even more notorious in Siwan, Gopalganj and Saran districts, with his name figuring in the attack on the ancestral home of Raghunathpur’s BJP MLA, Vikram Kuer. Ajay is also accused in the killing of two CPI-ML workers — Shambhu Yadav and Raju Kharbar — over political rivalry.

Recently, Ajay courted controversy when he took over as the president of the prestigious Bihar Hindi Sahitya Sammelan. Given his criminal antecedents, questions were raised in the literary world over his election. The institution was set up in Patna in 1919 to promote Hindi. It is alleged that the Bahubalis, including Singh, have been eyeing the prime land of the institution in central Patna. Singh claimed he has resumed his studies now to improve his image after marrying Kavita Singh.

Their husbands are dreaded by people but the wives are simple, homemakers and traditional. While Hena ventures out fully covered in burqa and hijab, Kavita is resplendent in sarees and designer bangles.

As poll crescendo increases gradually, questions are being asked whether they would have tried to change the ‘ugly’ face of Siwan and restore its glorious past, had they been left to themselves. 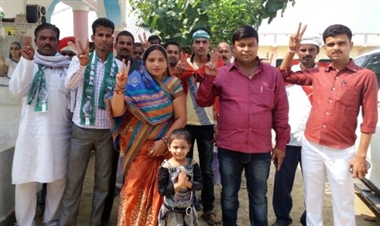 Watch: Anup Calls Off His Relationship With Jasleen For A Vichitra...

Modi Liked To Play With Crocodiles!