Good thing she’s fearless, with all these ticked-off humans around.

“Fearless Girl,” the sculpture State Street Corp. installed in downtown Manhattan two years ago to great fanfare and consternation, is now the subject of a court order blocking her creator from selling a replica to buyers in Germany. 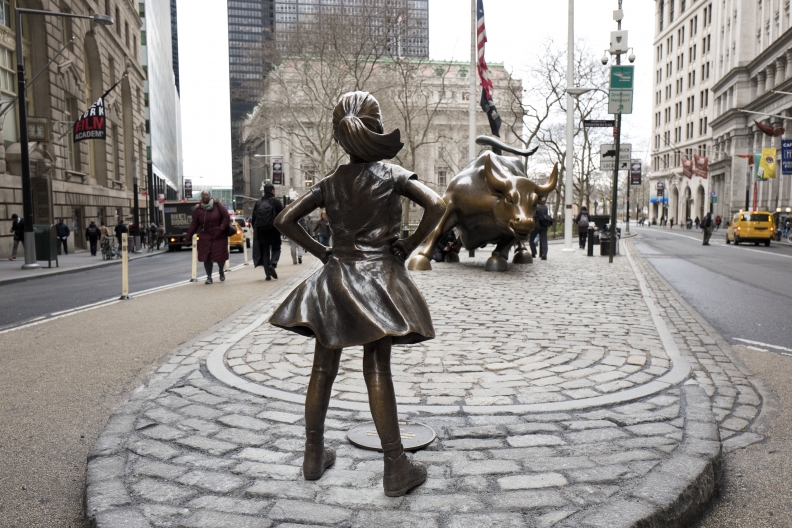 A federal judge in New York this week issued a preliminary injunction barring the artist, Kristen Visbal, from completing the sale, promoting the replica or using an online form to sell others, according to a court filing made public on Thursday. State Street put the artwork on Bowling Green, across from the financial district’s iconic statue of a charging bull, before dawn on International Women’s Day in March 2017, calling on companies to add more women to their boards. The creator of the bull decried its placement, saying it changed the meaning of his work, and a public debate raged on Twitter. “Fearless Girl” was later moved in front of the New York Stock Exchange.

State Street Global Advisors sued Visbal in February, saying she was selling replicas of the work without permission. Visbal is “weakening and adulterating the Fearless Girl message,” and her buyers are misusing the image to promote their own companies, the investment manager said in the suit. 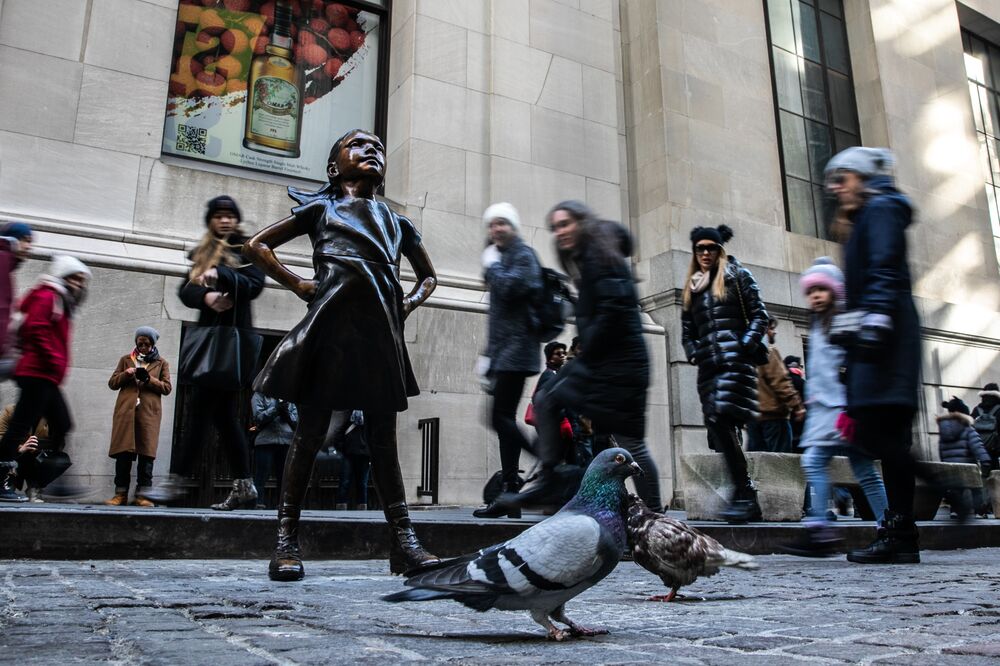 In his order, which will remain in effect while the suit is pending, U.S. District Judge Gregory H. Woods said State Street had shown it was likely to win its case on the merits and would suffer irreparable harm if an injunction weren’t entered.

Visbal’s lawyer, Nancy Wolff, said in a statement that Visbal’s contract with State Street “clearly provides that Kristen, as the creator and copyright owner of the artwork, may sell both full-size and miniature replicas of the artwork.”

“Once the public knows the full story,” she added, “they will see that it is Kristen who is the Fearless Girl.”

Saadat Hasan Manto : 5 Partition Stories That We Need To...

The residents of this area, lock water containers to prevent theft...

The IOC said it will not allow India to organise Olympic-related...

Tuglaki farman of Yogi Adityanath for farmers in UP